Nothing written in the journal about the next few days! Getting acclimated to walking miles and miles every day was taking its toll, and writing seemed to be a chore. I regret not having more notes!  I was still having trouble reading the Camino, as intersections such as the one below kept appearing. Sure, go left! Or, go straight! Up to you!!!

I believe Rio Negro is where I arrived to a small town with not much except the Albergue and a restaurant, which was mercifully open.  There was an Asian girl eating outside, and, while I was pretty sure she was American, decided not to make conversation, as I’d been enjoying my solitude. 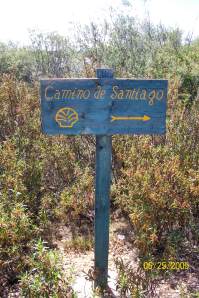 Still, it soon became hard to avoid others: there was a crowd of pilgrims at this hostel, who eventually became somewhat familiar. The most “famous” was the Asian girl, who was originally from Singapore but went to Wellesley or NYU or Smith or some other excellent American school, had waist-length hair and was only 19. She was walking the Camino solo from Seville, and already her bravery, fortitude and beauty were renown.  I was insanely jealous.

Others included the Vagabond Spaniard, who seemed to be doing the Camino because he had no means of income and no other place to live, so why not?

Gorgeous Scenery on the Camino

Oh, and who could forget Frecha Man, a middle-aged man from Japan who spoke no English, no Spanish, and was constantly lost.  Without fail you could find him in the morning, standing in the street looking bewilderdly at his map, asking into the air, “Frecha? Frecha?” (“Arrow? Arrow?”) in a thick Japanese accent, which was clear even in Spanish. 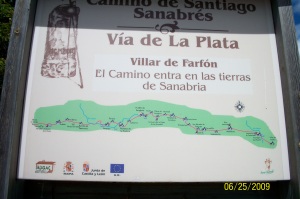 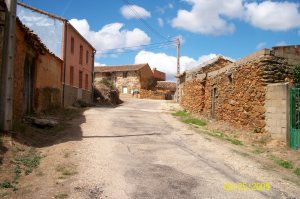 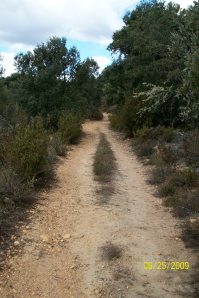 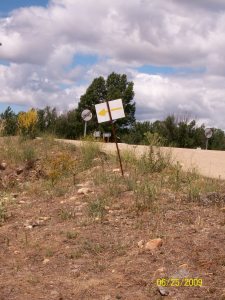 A good excuse to rest!